We provide high-value professional services to a cost-conscious world. We help our clients visualize their future, simplify their challenges, maximize their profitability and sustain their long-term success.

We Have a Long and Successful History

Prevailance provides high-value services and technologies to the U.S. Government, Department of Defense, and NATO as they face tomorrow’s threats and challenges. We bring a unique combination of broad operational experience and deep analytical skills that have proven critical in successfully addressing our Customers most pressing requirements. We are dedicated to bringing our Government customers the services and products they need to succeed in a fiscally austere environment.

Through Teamwork, We have been Rewarded the Following Awards: 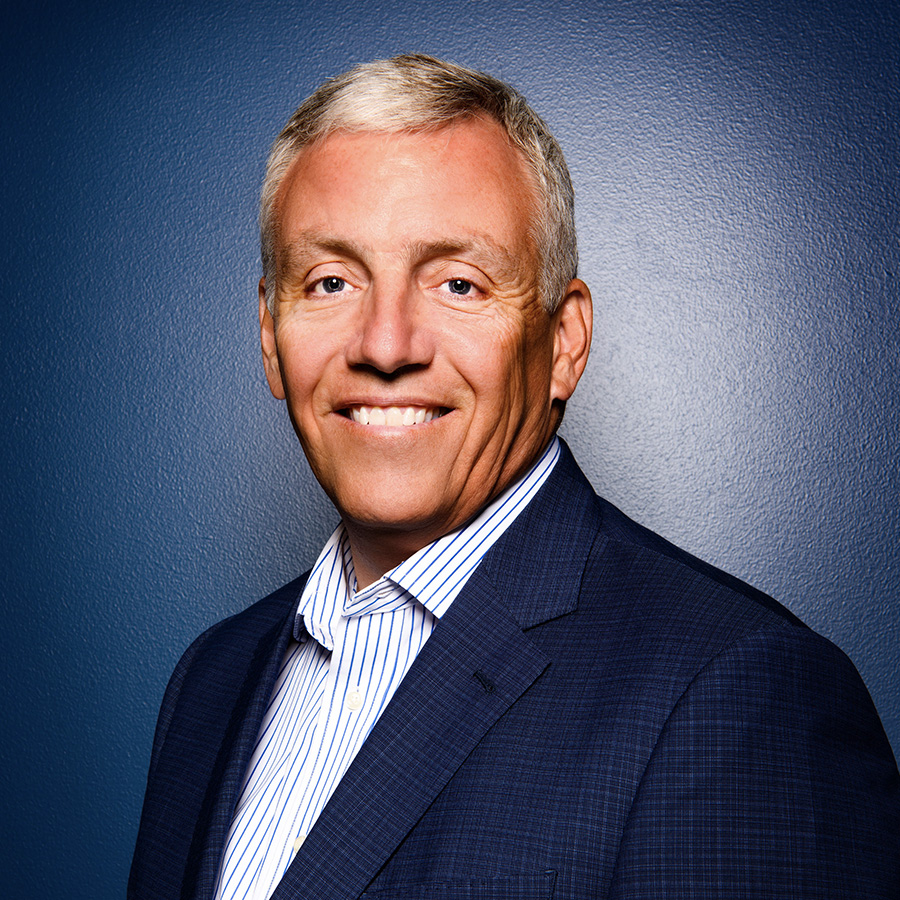 Dave became the Chairman of the Board and Chief Executive Officer in February 2021. He joined Prevailance in 2010 as a direct labor employee and progressed through several layers of management while contributing to sustained growth in the portfolio of contracts, improvement of corporate financial security, and expansion of business operations. Before Prevailance, Dave served 26 years in the United States Navy, participating in combat operations and training activities worldwide culminating in command of an aircraft carrier-based fighter squadron and later, directing naval operations around the European and African theaters. 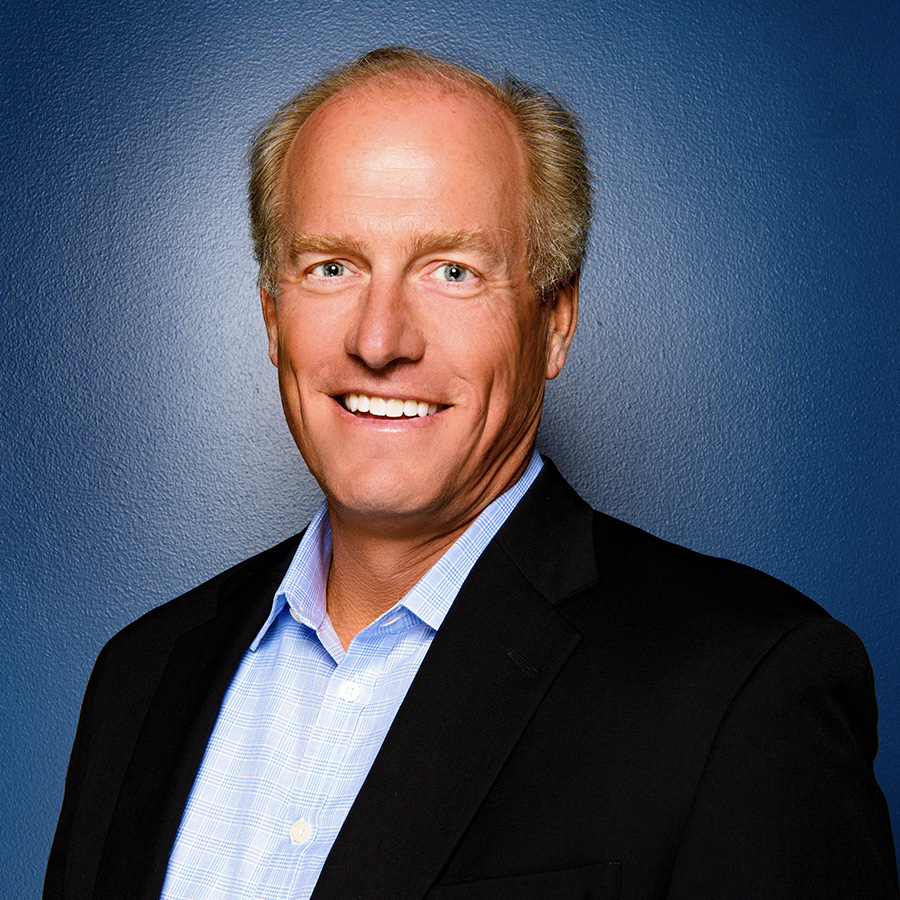 Mike served in the United States Navy for 20 years, participating in operations and training activities as a Naval Flight Officer and carrier strike group lead planner. He also served as a multi-service doctrine writer and joint experimentation coordinator. Mike is a graduate of the Navy Fighter Weapons School, U.S Navy War College, and Joint Forces Staff College. He earned his BA in History from The College of William and Mary. Mike joined Prevailance in 2009 supporting information operations planning efforts, going on to work as a Program Manager and Director of Government Solutions. In 2020, Mike was named CFO and now oversees the financial and accounting functions of Prevailance. In 2021, he obtained his MBA from William and Mary’s Mason School of Business. A Virginia Beach native, Mike is married to his high school sweetheart, Ashley, and together they have two children, Ben and Rachel. 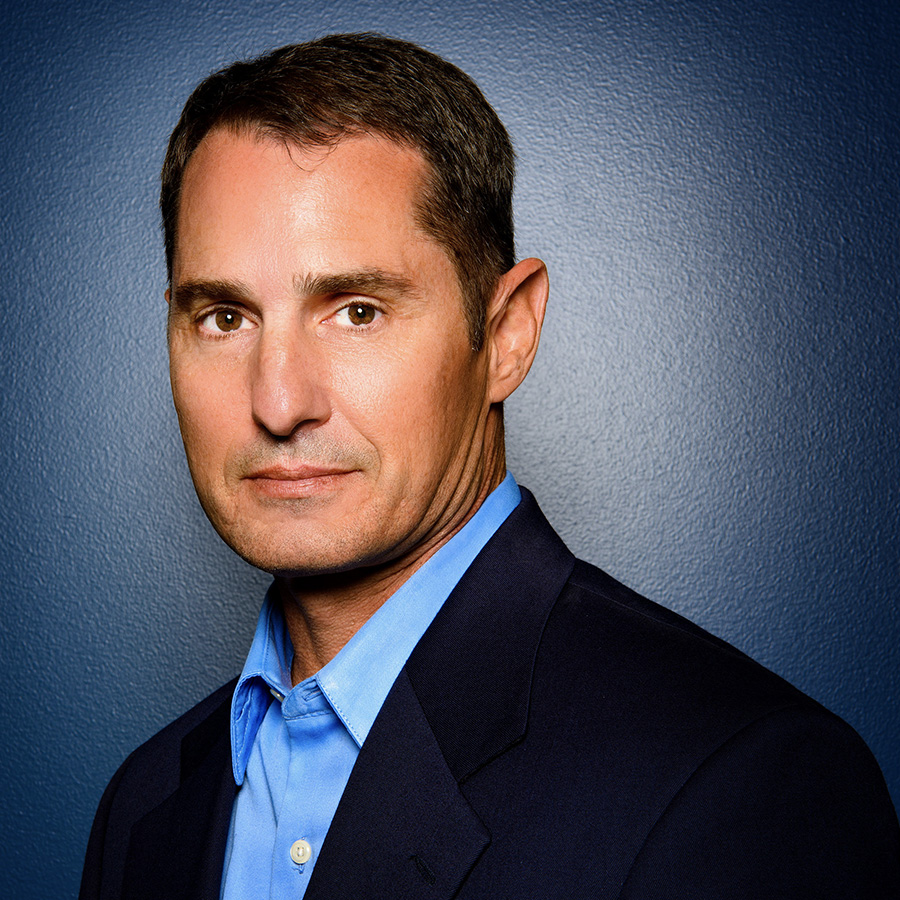 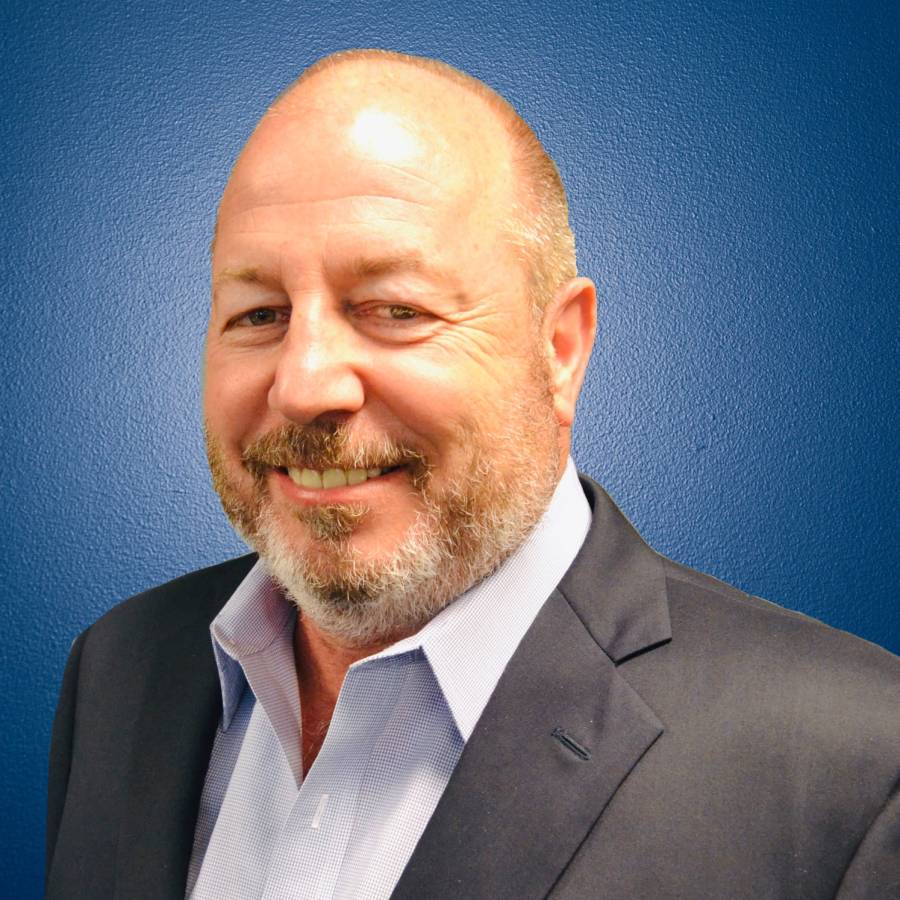 Mark got his start with Prevailance in 2017 as a Senior Military Analyst and Assistant Program Manager supporting the Navy Expeditionary Warfighting Development Center contract. He was promoted to Program Manager in 2019, supporting the Surface Warfare Officers School instructional services contract, and was subsequently promoted to the Deputy Chief Growth Officer position in 2020. In 2021, Mark was appointed as Chief Growth Officer and now also leads corporate talent acquisition efforts. Mark served in the U.S. Navy for 30 years as a Surface Warfare Officer, making over a dozen deployments to the Mediterranean Sea, Arabian Gulf and West Pacific. He had the distinct honor of commanding Amphibious Squadron Eight, Iwo Jima Amphibious Ready Group, USS Tortuga, USS Gunston Hall and USS Fort McHenry, as well as the Navy’s ROTC presence in New York City. He served overseas as the Chief of Staff to Joint Region Marianas and as the Security Assistance Policy Officer at the U.S. Embassy, Seoul. Mark earned his undergraduate degree from the University of Texas and his master’s degree from Salve Regina University. He is also a graduate of the Naval War College, Joint Forces Staff College and the Navy Corporate Business Course. 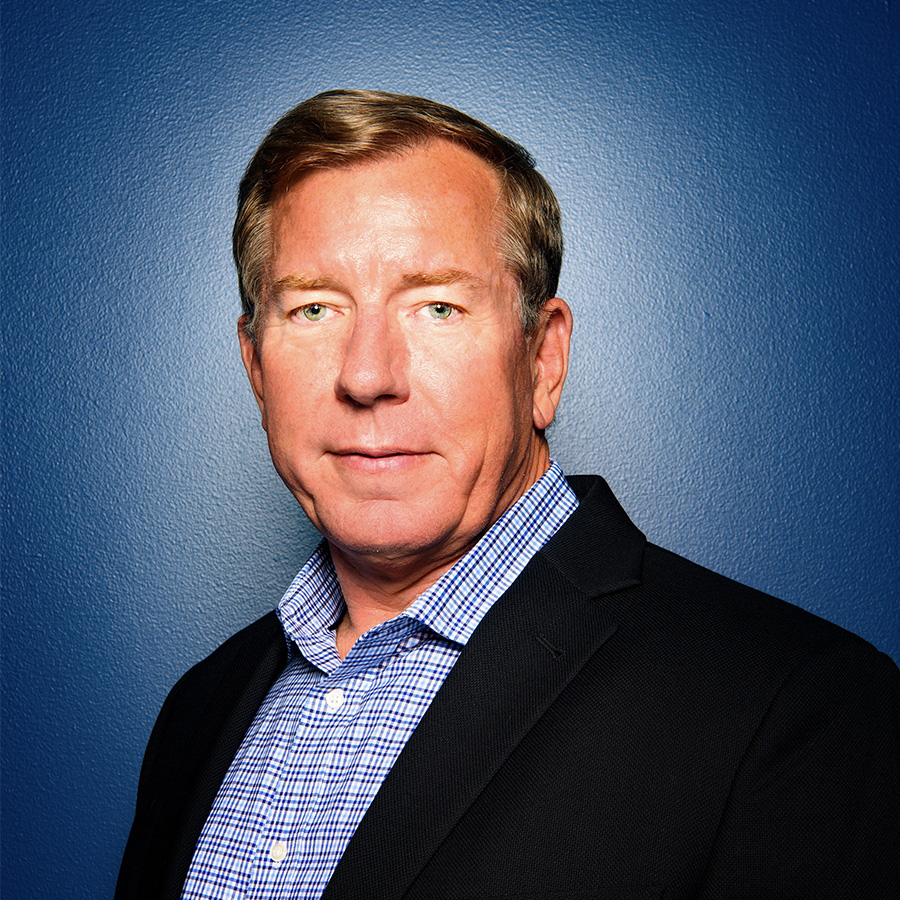 John has been the Chairman of Board and since its inception in January 2005. He became CEO in 2007 when the company achieved the transition from its startup phase to sustained, long-term business operations. In February 2021, 14 years later, he passed on the title to David Landess and assumed the role of Senior Advisor. Prior to Prevailance, John was the CTO for Excelsior, LTD, an international business consulting and marketing firm. Before that, he was an independent consultant to DoD. John served 24 years in the military, both in the Marine Corps and U.S. Navy. Primarily a carrier-based fighter pilot, he also has extensive experience with Joint, NATO and Coalition operations as well as C4I in Information Security. John earned his undergraduate degree from Asbury College, studied at the master’s level in Information Technology at the National Defense University, received a master’s equivalent certificate from Air Force Command and Staff College, and earned an MS in Computer Science from James Madison University. He recently received his Master’s in Business Administration from the College of William & Mary. He is an active mentor for several small and start up business owners and has leadership roles in regional and community charities. 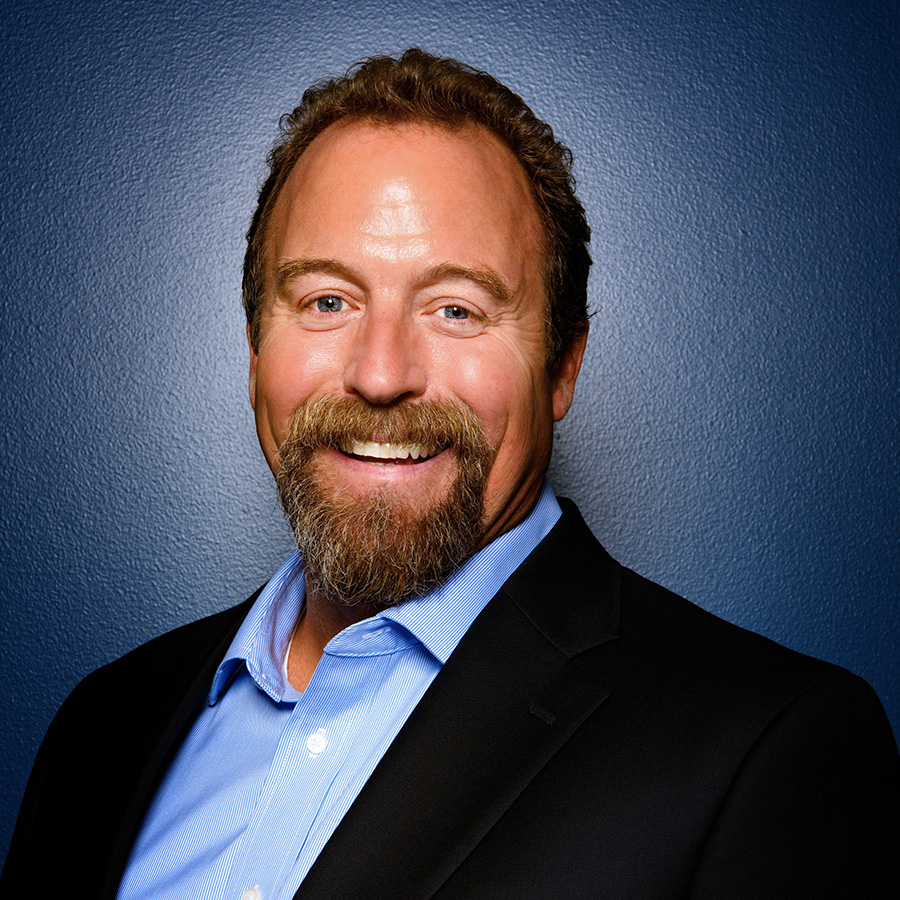 Larry came to Prevailance, Inc. as the COO in 2007, just recently passing the title to Gan Prisinzano in February 2021. Larry spent 23 years in the United States Navy, where he garnered extensive experience in tactical aviation, command & control, and U.S. & multi-national maritime communications. He is a graduate of the Legislative Fellow Program and served his one-year Fellowship supporting Senator McCain in the U.S. Senate. He is a former Prisoner of War from Desert Storm, with subsequent extensive combat experience in both Bosnia and Iraq. He has a BS in Aerospace Engineering from the Georgia Institute of Technology, an MS in Computer Science from James Madison University, and an MBA from the College of William & Mary. Larry is now a Senior Advisor at the company. 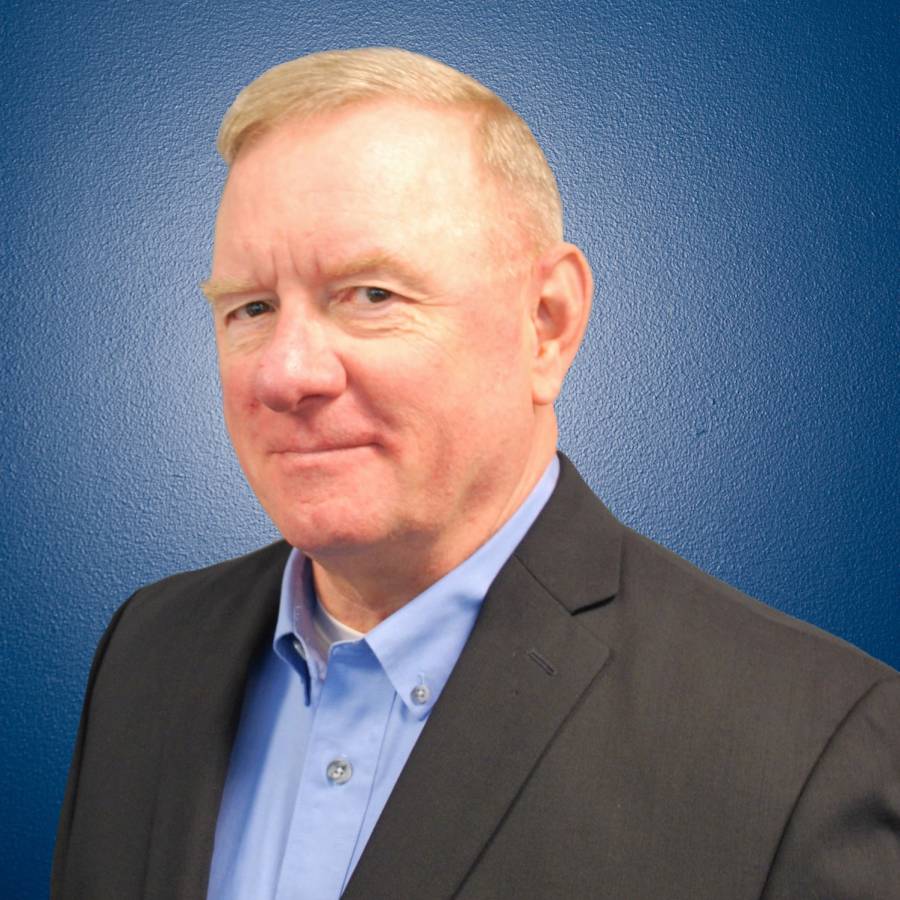 Scott served for 30 years in the U.S. Marine Corps, primarily as a Marine Aviator flying
AH-1 Cobra attack helicopters. He was a squadron commander in 3rd Marine Aircraft Wing in Operation IRAQI FREEDOM I in 2003, and he also deployed to the Naval Forces Central Command Area of Responsibility in 2007 as the Deputy Commander of Expeditionary Strike Group TWO. He has combat experience in the Persian Gulf, Bosnia, and Iraq, and he is a graduate of the Marine Aviation Weapons and Tactics Squadron One Weapons and Tactics Instructor Course. Scott earned his undergraduate BA degree from the University of Minnesota. He also earned an MS in International Relations from Troy University, an MA in National Security and Strategic Studies from the Naval War College, and a master’s degree equivalent certificate from the Air Force Command and Staff College. Scott was appointed as the Prevailance Assistant Growth Officer in August 2021. 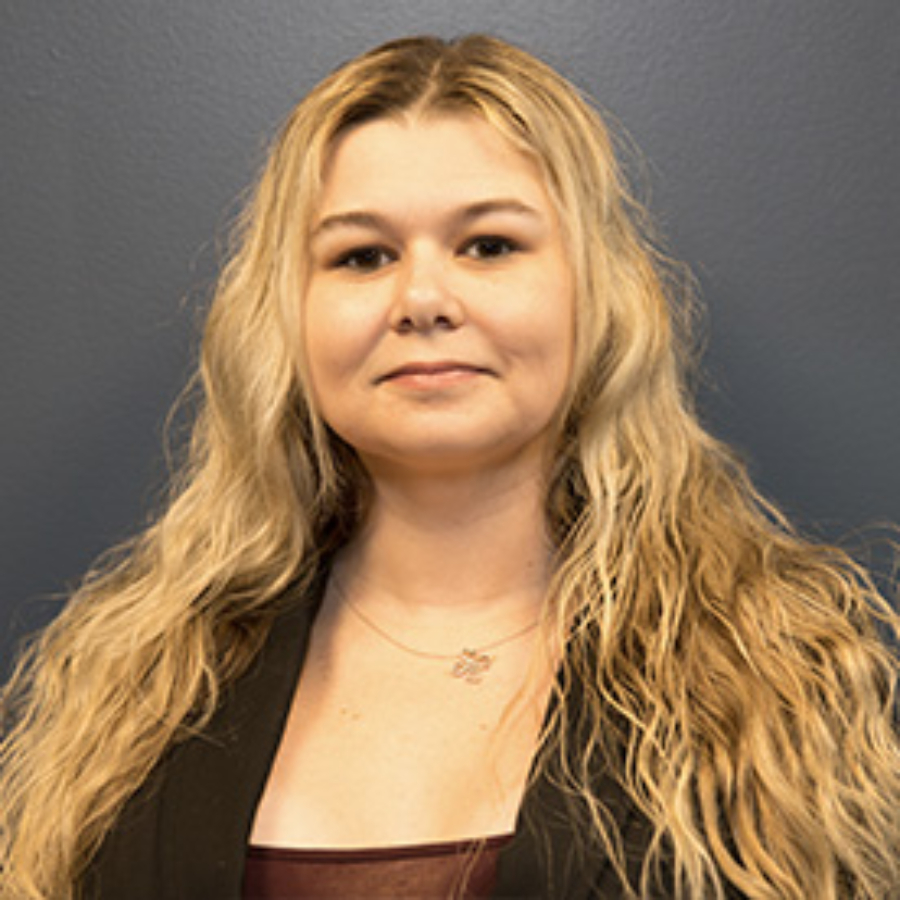 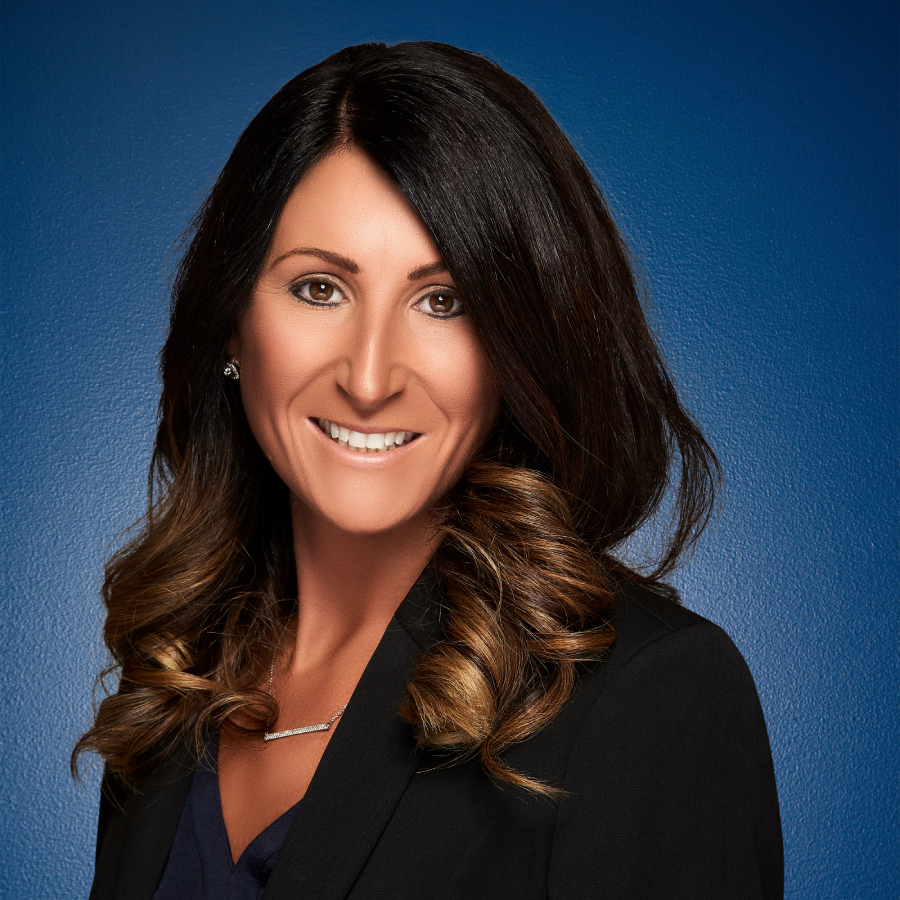 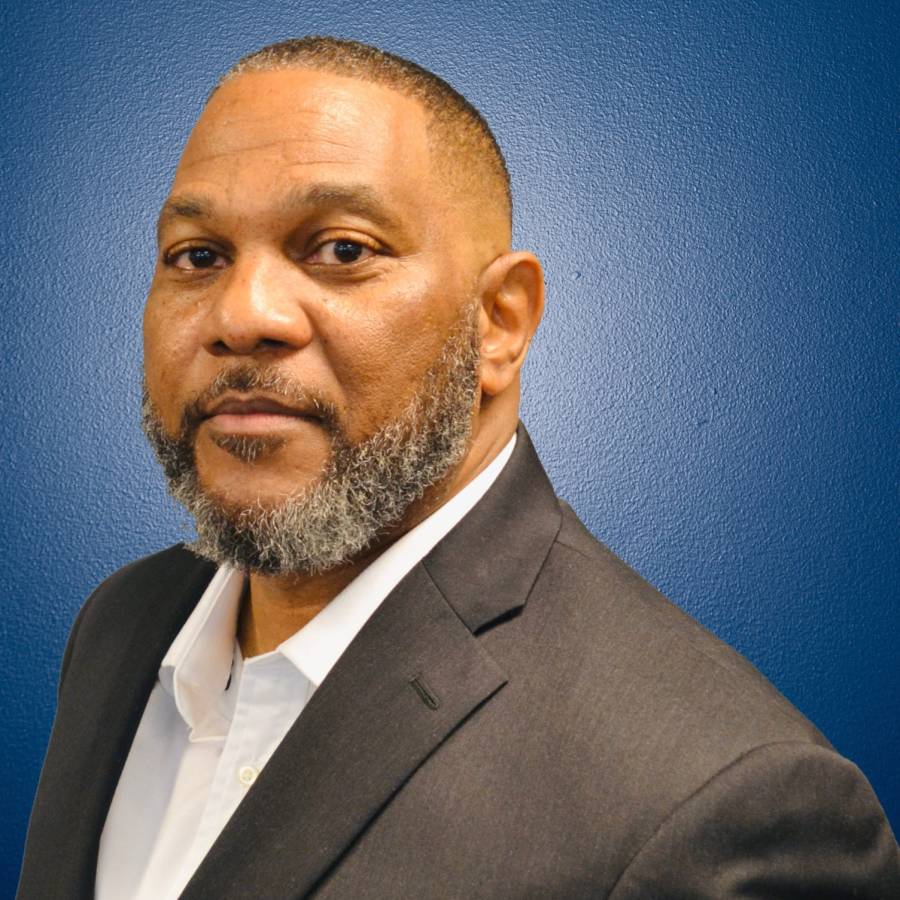 Johnnie joined the Prevailance Team in April 2021 as our Recruiting Specialist. He served in the United States Army as a Virginia Guardsman for over 25 years with multiple mobilizations for hurricane and flood response. He served as a Recruiter for the Guard, enlisting more than 150 Soldiers into military service, before retiring in January of 2020. He earned his BS in Business Administration from Post University and became a SHRM Certified Professional in Human Resources in June 2021. Johnnie is a native of the Eastern Shore, and currently lives in Virginia Beach with his wife, Candice and sons Jahir and Jeremiah. 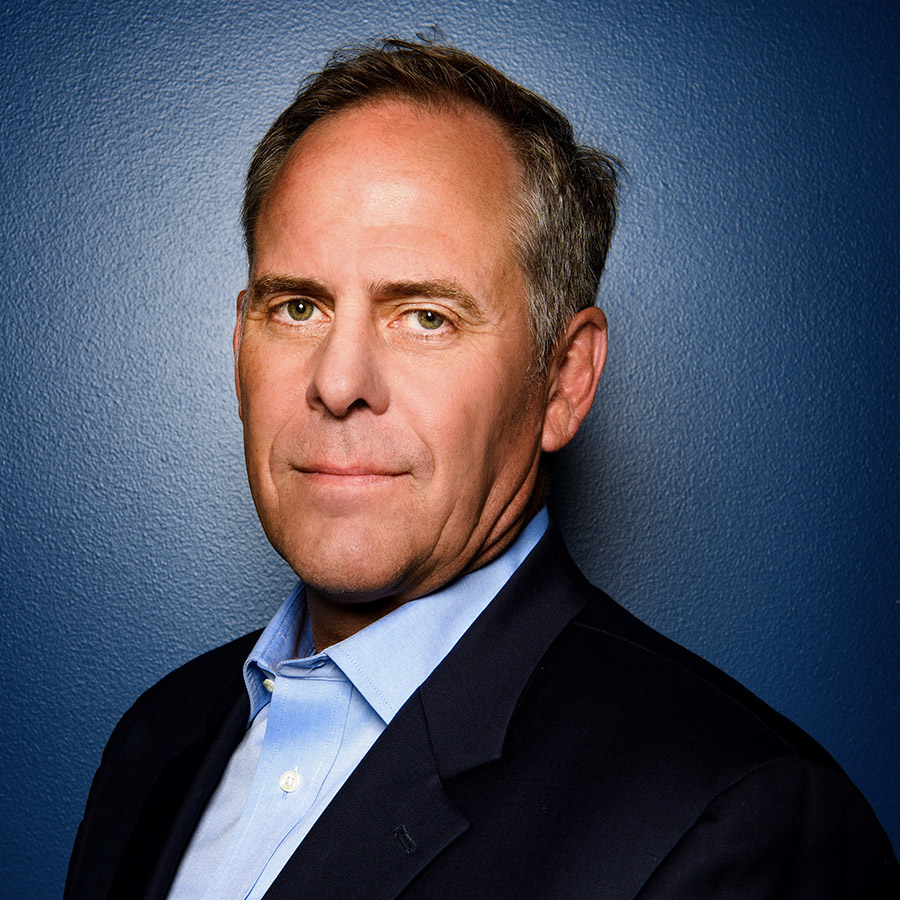 Steve served in the United States Navy for 30 years with over 2,000 flight hours as a combat veteran and flight instructor. He served as the Commanding Officer of five different reserve units, directed the Maritime Operations Center (MOC) initiative to enable global interoperability of the Navy’s “numbered fleet” commands, and led a 12-person fully joint team that executed the engineering and logistics duties of a Division-Level staff for two subordinate Brigades spread across 14 multi-national bases during his 12-month mobilization to Afghanistan. Since leaving active service in 1995, Steve has led operations and transformational change for the military and global organizations in the education, legal, financial, health, human resource, and non-profit industries. An NDU JAWS distinguished graduate, he is a DoD certified Operational Planner and has earned his Level III Joint Qualified Officer (JQO) designation. He has a BA in Engineering Physics and two graduate degrees in Management and Planning and Strategy. His current Doctor of Philosophy (PhD) studies and role as a Regent University Adjunct Professor further his lifelong passion for learning. Steve joined Prevailance in 2017, serving in a variety of roles supporting NATO and the U.S. Navy as a Program Manager and helping to guide Prevailance’s corporate growth efforts. 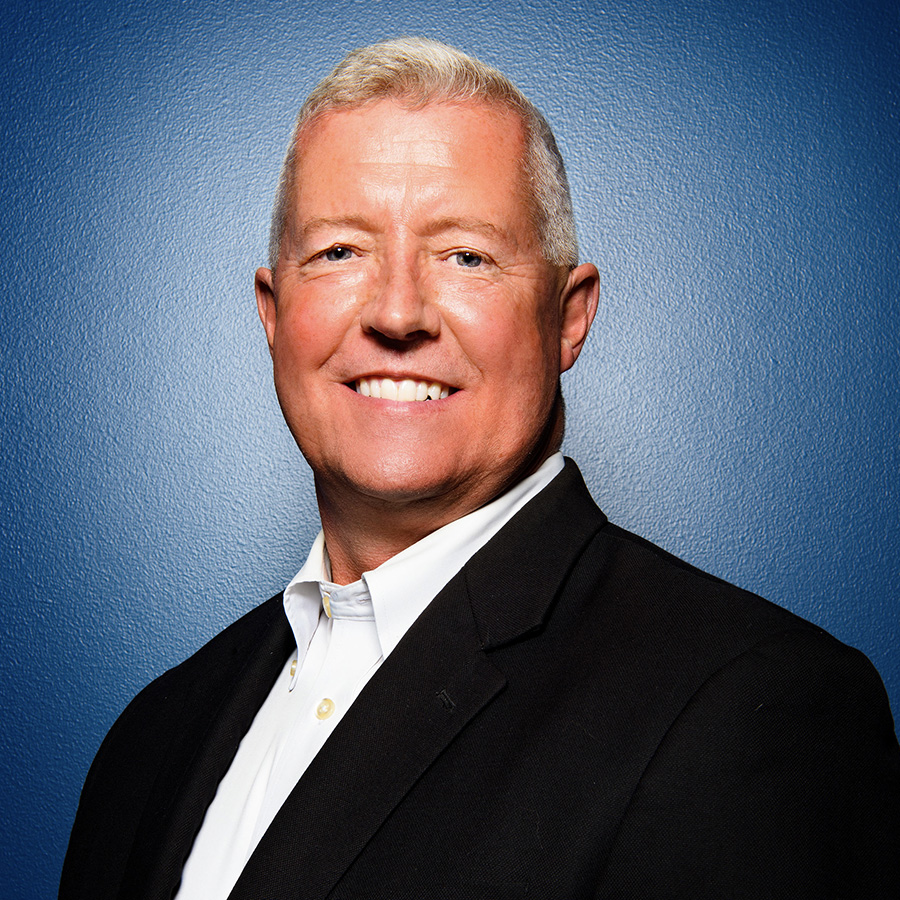 Dave served in the United States Navy for 28 years as a Senior Security Specialist. His career included enlisted service as a Physical Security, Law Enforcement, Investigations and Force Protection subject matter expert. After his commission as a Limited Duty Officer in the U.S. Navy Security community, Dave served numerous commands including various installations, overseas, afloat, and major staff assignments. Dave joined Prevailance, Inc. in 2012 supporting the Antiterrorism Force Protection (ATFP) effort as a Team Lead. In 2013, Dave was named Program Manager of the ATFP team where he manages numerous ATFP task orders in support of USFF. Dave is married to his wife, Leslie, and together they have four children and two grandchildren. 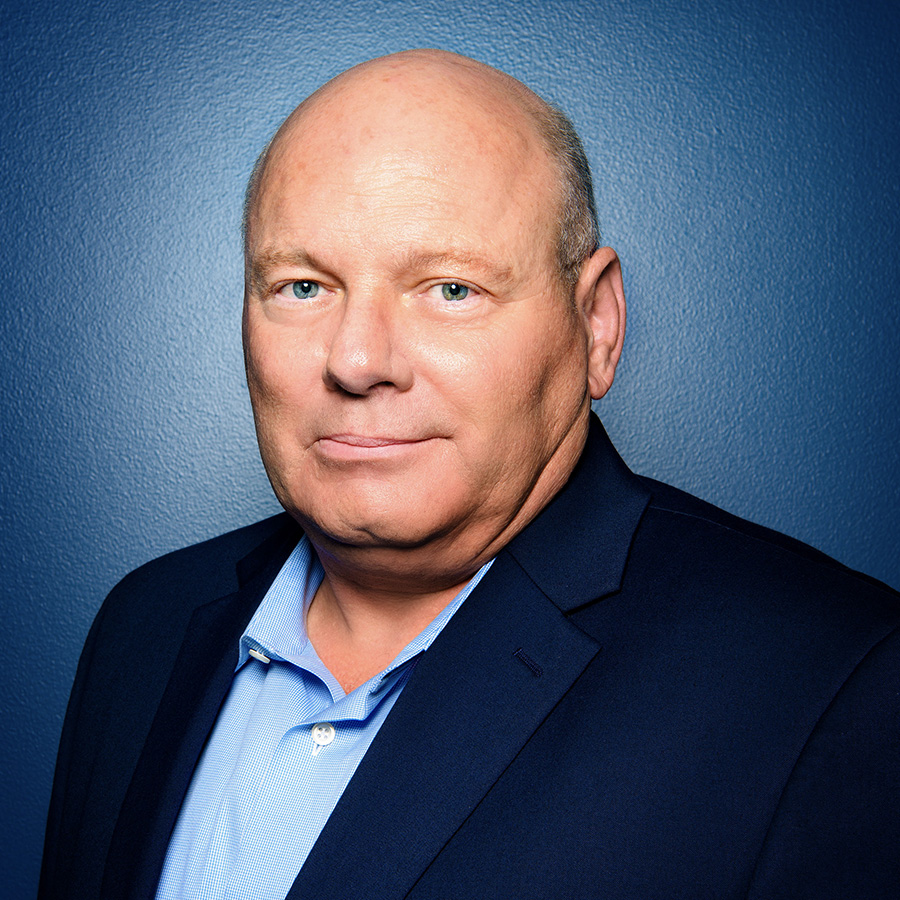 Mark is a retired Unites States Navy Captain, having served as a Surface Warfare Officer for 30 years. He served in a variety of sea tours including command of the Navy’s only permanently forward-deployed Amphibious Squadron comprised of four ships operating in the Pacific region and Commanding Officer of two amphibious ships. Among his shore tours, he served as a surface LCDR assignments officer, as a Special Assistant to the Chief of Naval Operations, and as Deputy Director, Military Personnel Plans and Policy on the staff of the Chief of Naval Personnel. He earned a BS in Mechanical Engineering from the U.S. Naval Academy, an MS in Systems Technology, Space Operations from the Naval Postgraduate School, and an MS in National Resource Strategy from the National Defense University, Industrial College of the Armed Forces. Mark joined Prevailance, Inc. in 2017 as the Program Manager for Expeditionary Programs. 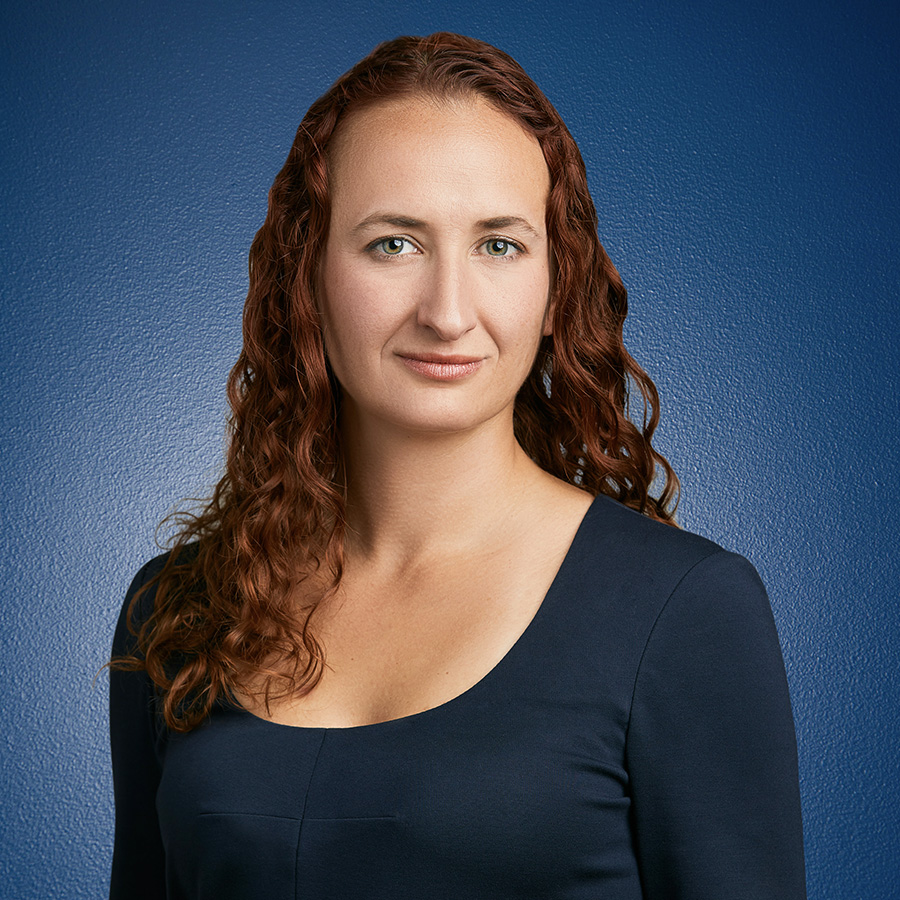 Amanda served in the United States Navy for 16 years, with deployments and training roles in support of the Naval Expeditionary Forces and Operations. She earned a BS in Business from the University of Kansas, and an MBA from the University of San Diego. She is also a graduate of the Naval War College. Amanda joined Prevailance, Inc. in 2018, first supporting the expeditionary programs as an analyst, and became director of the VMX-1 programs in 2019. 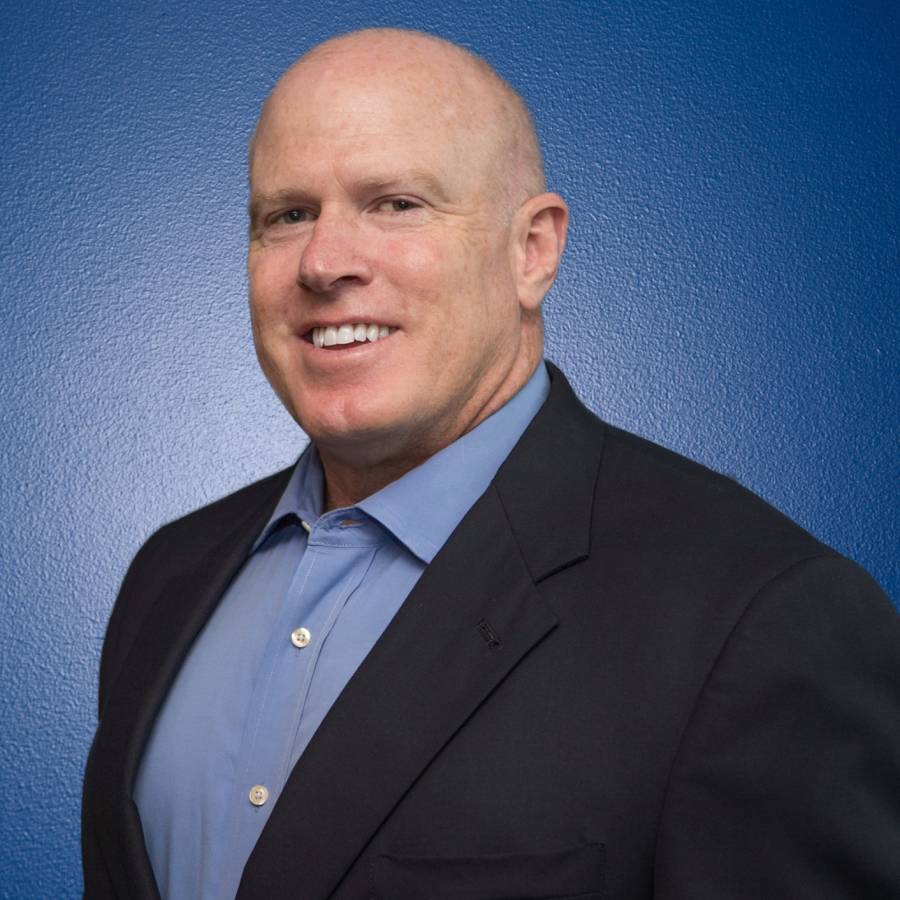 Bill spent 20 years as a Marine Corps infantry officer primarily in the light armored reconnaissance and antiterrorism fields. He commanded multiple USMC units, served as a United Nations Military Observer (UNMO) in the former Soviet Republic of Georgia, and as a military advisor to the Saudi Arabian National Guard (SANG). He has a BA in Political Science from the University of Idaho, a Master of Public Administration (MPA) from Old Dominion University, and a Master of Professional Studies (MPS) in Security and Safety from George Washington University. Bill joined Prevailance in 2012 to support the Anti-Terrorism Force Protection Team as a Subject Matter Expert. In addition to supporting the ATFP contract, in 2019, Bill was appointed to Program Manager for FDTPS. 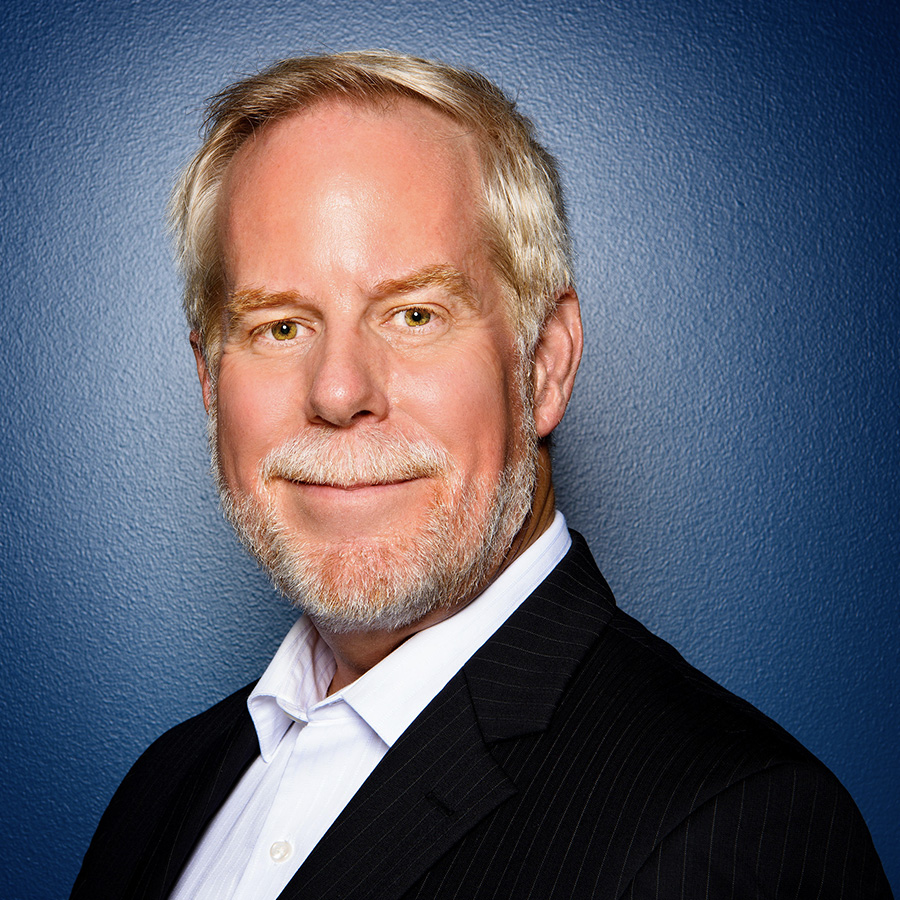 Tom served in the United States Navy as a career naval officer, participating in operations and training activities as a Naval Flight Officer and Mission Commander in the Airborne Command and Control (E-2C) community. His experience includes serving on the staffs of Commander Second Fleet and Commander in Chief Atlantic Fleet. He is a graduate of the Navy Fighter Weapons School, Joint Humanitarian Operations Course (JHOC), and UN Civilian-Military Humanitarian Coordination (UN-CMCoord). He earned a BA in Accounting from the University of Maryland, an MS in Finance from the Naval Postgraduate School, and an ME in Modeling & Simulation from Old Dominion University. Tom joined Prevailance in 2012 supporting the US Joint Chiefs of Staff J6 as a Federated Mission Networking (FMN)/Mission Partner Environment (MPE) exercise coordinator and Civilian-Military information sharing subject matter expert. He serves as the Program Manager for contracts supporting Navy and USJCS contracts.